My brother was an artist of many talents – drawing, poetry, photography, sculpture, making music, and cooking imaginative meals. Jonathan was a free-thinker with a big heart and sensitive soul, who taught our family a great deal through his wisdom, as well as his struggles.

This piece reflects some of Jonathan’s strengths, as well as his torments. It incorporates elements representing his death – dried orchids that surrounded his casket, a Tich Naht Hanh poem that brought him comfort in the hospital, which my sisters and I read at his funeral – to reflect our family’s grief. The swirling blue background represents the ocean, a place where my brother always felt calm and free, as well as the waves of sorrow that wash over us now that he’s gone. My hope is that they may also conjure the possibility of Jonathan finally experiencing peace and tranquility after enduring so many years gripped by the consuming pain of addiction and the accompanying shame, stigma, and physical ailments that resulted.

At his core, my brother was very empathetic to the suffering of others and eager to ease their pain.

I suspect his addictions were one way he sought to cope with pain and the image of Atlas carrying the earth represents the ways Jonathan bore his own suffering, and others’, as an unrelenting weight upon his shoulders. The heart represents his enduring love for others, and our love for him, as well as the aches he held within his heart, which have now left us heartbroken, as well. The hand signifies Jonathan’s many skills as well as his struggle to reach out for help. He made several valiant efforts to pursue treatment and recovery, but continually encountered many barriers along the way, the services he sought ever elusive.

Finally, the piece evokes the mysterious comfort of the sky. Since Jonathan’s death, I now look to the moon to connect with his spirit. The night of his wake was illumined by a beautiful full moon, and in his treatment journal, we later found that he had copied the text of a poem by the Zen monk Ryokan, which concludes: “Even if all else is lost we will always have our love… No illness can ever take it away. Our love is the moon.” 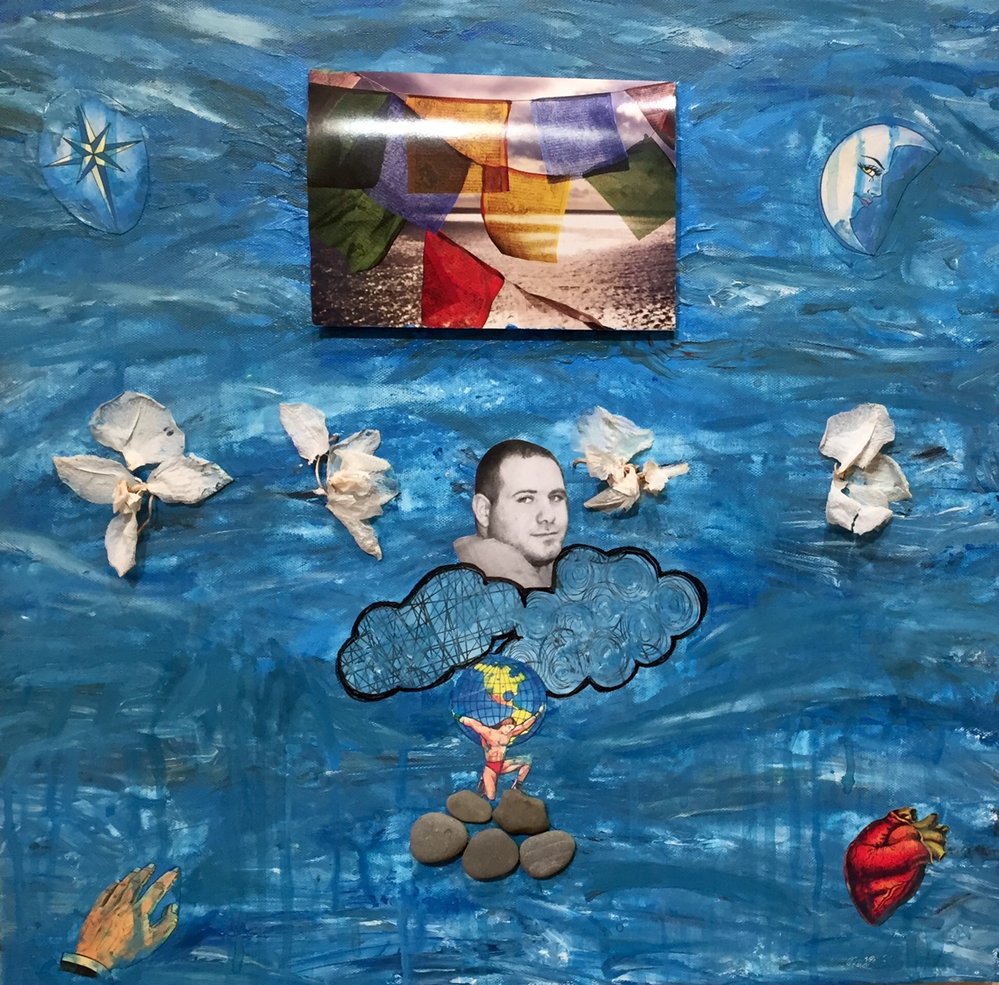