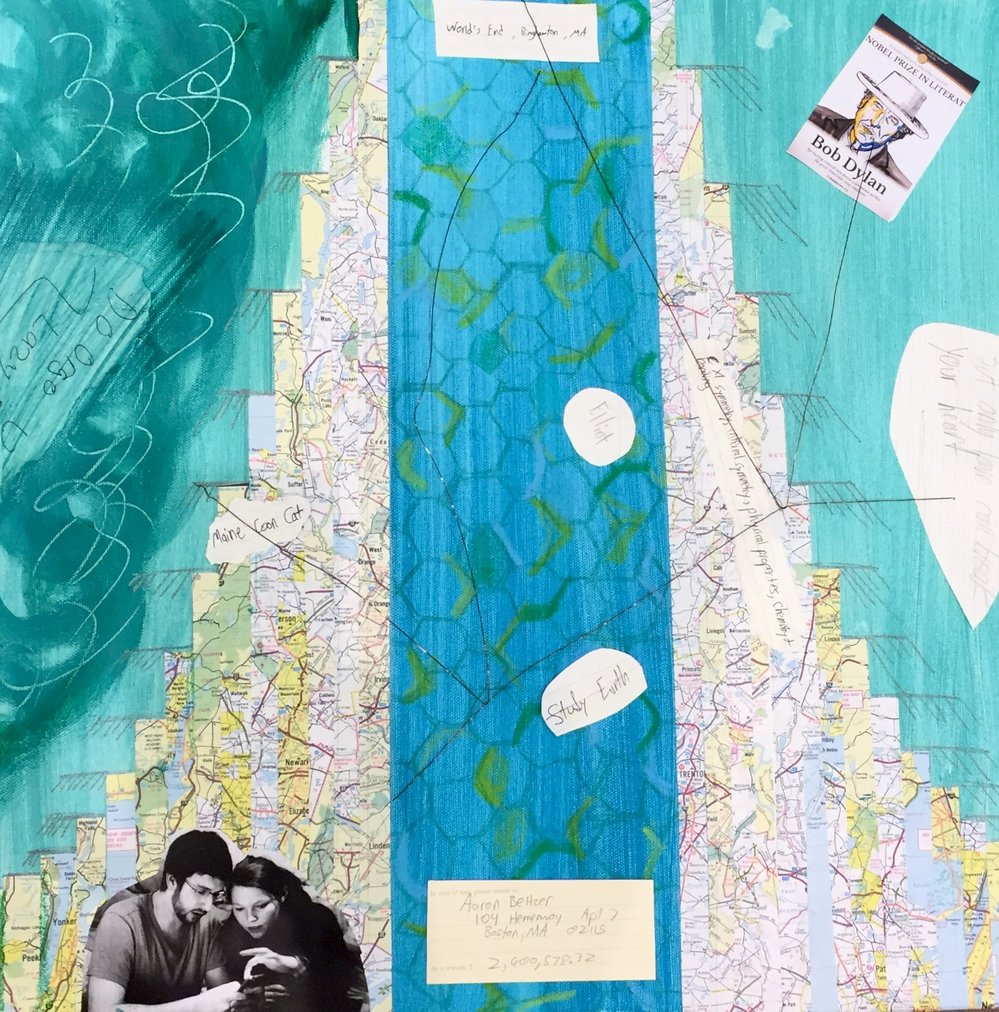 Aaron was one of the first friends I made when I moved to Boston for college, and he became one of my closest friends as we both made our way in a new city. His passion was geology so I wanted to use some shapes that would have meant something to him. The pillars represent basalt pillars, a geologic form that he talked about often, and the honeycomb pattern is based off an image of those same pillars from above. I used a map of New Jersey to make the pillars - that was where Aaron grew up. The rock on top is a present he brought back for me when he went on a geology expedition in Iceland.

After he died, I found an old day planner of his that he had left at my house in college. I should have returned it, because he was apparently offering a huge reward - a typical Aaron style joke. I included some other the notes that he made: World's End was a place he wanted to visit, studying earth was something he had checked off his list, His brother Elliot was penciled in for one weekend. I also included a few snippets from books he had given me and a graphic announcing that Bob Dylan won the Nobel Prize. Aaron loved Bob Dylan and would have been so excited. In the background, I tried to create a lot of energy because Aaron was always bouncing off the walls.