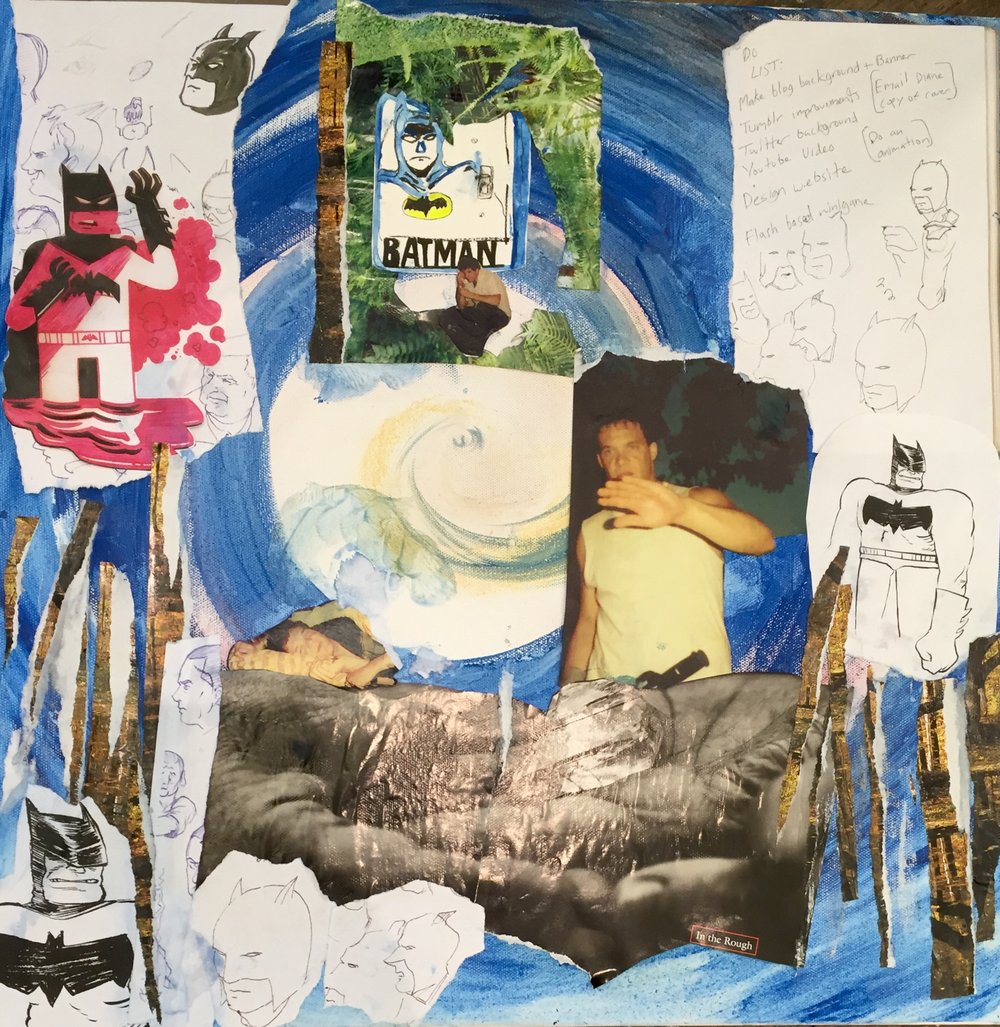 Barry and I met when we were 19 years old. Over the next 20 plus years he was not only a family friend…he was part of our family. Many holidays and birthdays were spent together. Life milestones were celebrated. We shared precious memories together. In many ways we grew up together.

Barry was a diamond in the rough. He was always in motion. He gave a Batman light switch to my son when he was a baby and twenty six years later my son still has that light switch. The Batman image has influenced my son and his art over the years.

Barry loved skateboarding, skiing, snowboarding, skating, biking, anything that helped him to move fast through life. He loved the beauty of nature, trees, the arboretum, the sky, all types of weather. In this piece of art I tried to express the many influences Barry had on our family. The more I worked on this collage the more Batman and Barry became one. Barry would swoop in to rescue, he would disappear for lengths of time. He would reappear mysteriously and always have secrets.

As Barry became more involved with heroin, he was swept up into a constant spiral in search of relief. Barry is gone now but his memory remains in the images my son draws, and he is with me when I am with Nature. Barry was loved by many people, but he died alone. Heroin distanced and isolated him in the end. That makes my heart ache. I wish I could hug him like I used to, and thank him for all he gave. I will always honor that we are deeply influenced by him.