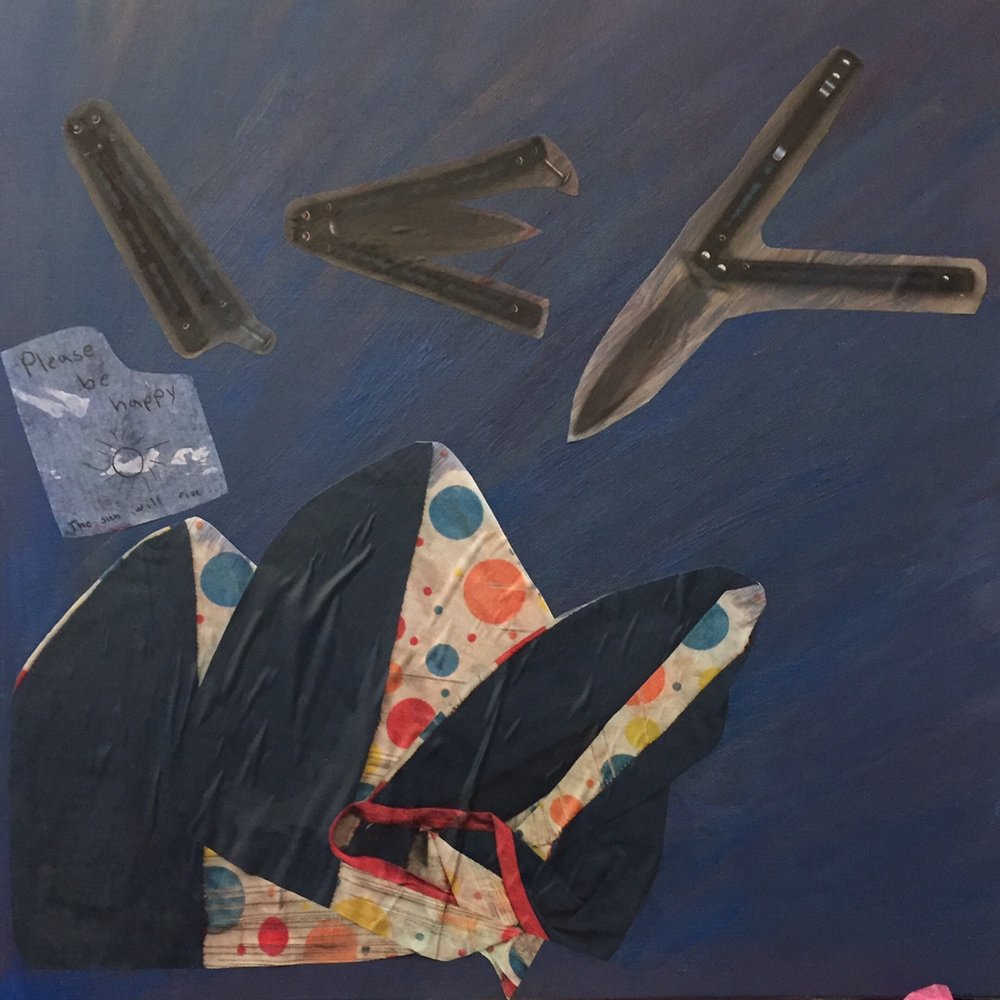 As a young boy, my son Nick, wore the silky clown hat you see in my piece…and continued to carry it in his back pocket until a preteen. His life was like the hat, filled with vivid colors, humor and uniqueness. I loved that about him. But there was also an underlying sadness that is represented with the dark background. He wanted to happy, he wanted to have faith that the sun would rise, he wanted to feel “normal.” But he struggled. He wrote that little note to himself during recovery.

I tried to help him feel ok. He took risks, to feel alive, like playing with his butterfly knives. Flipping them up in the air and doing tricks, like a dangerous clown, every once in while the knife would slip and slice his fingers and draw blood. I was always there to mother him no matter the age. But then he took a fatal risk with his life and just like that he was gone at age 20. My heart bleeds like his cut finger and I miss mothering my little clown.